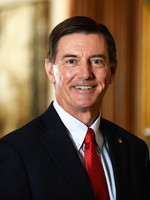 Chairman of the Board

Mr. Zak became a Director of Rand in 2005 and was appointment Chairman of the Board in December 2021. Mr. Zak is the Chairman of the Board of Merchants Mutual Insurance Company.  He joined Merchants in 1985 after a career in public accounting and held the position of Senior Vice President and Chief Financial Officer. From 1995 to 2021, Mr. Zak was Merchant’s President and Chief Executive Officer. Mr. Zak served as a director of Manning & Napier, Inc. from 2011 until 2016. 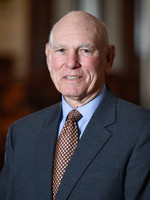 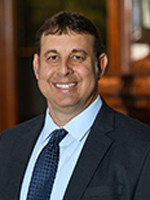 Adam Gusky is the Chief Investment Officer of EAM. EAM, formed in 2010, is dedicated to investing in private and public market securities and has formed multiple investment vehicles that provide capital to a variety of industries including energy, media, real estate, hospitality, sports and entertainment. EAM has developed a unique and proprietary network for sourcing investment opportunities, including opportunities in the private credit/current yield space, leveraging both its in-house and affiliated investment talent and capabilities. EAM is an entity owned by Terry and Kim Pegula, owners of Pegula Sports & Entertainment, the company streamlining key business areas across all Pegula family-owned sports and entertainment properties including the Buffalo Bills, Buffalo Sabres, Buffalo Bandits, Rochester Americans, Rochester Knighthawks, LECOM Harborcenter, Black River Entertainment, ADPRO Sports, PicSix Creative agency and numerous hospitality properties. Mr. Gusky has been with EAM since 2010. He is a graduate of Duke University (Class of 1997), where he was a scholarship tennis player and part of three ACC Championship teams. Mr. Gusky started his career at CNN/Sports Illustrated then moved to a small public wireless tower construction company (o2 Wireless). He then returned to Duke to coach the women’s tennis team while getting his MBA at Fuqua School of Business (Class of 2006). Adam lives with his wife, Ansley, and son in Delray Beach, FL. 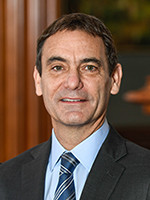 Mr. Godley is a marketing consultant with more than 30 years of management, investment and start-up experience across a range of industries. From June 2020 through February 2022, he was President and Partner at Greenough Communications, a public relations and marketing services firm. Prior to that, from October 2018 through May 2020, he was the cofounder and CEO of Contributor Development Partnership (“CDP”), a for-profit corporation focused on improving the operational efficiency and revenue generation capacity of the public media system. Prior to becoming CEO of CDP, Mr. Godley was COO of WGBH (a media broadcaster and the largest producer of PBS content with annual revenue of $250m). Mr. Godley joined WGBH in 2008 as Executive Vice President, was named Chief Operating Officer in 2010, and was additionally named President of Business Services in 2017. Prior to joining WGBH, Mr. Godley served as Senior Advisor/Deputy National Finance Director on Mitt Romney’s 2008 presidential campaign, and was a member of Governor Romney’s senior staff as Director of Governmental Affairs for the Commonwealth. Earlier in his career, Mr. Godley co-founded and was President and CEO of CGN Marketing & Creative Services (acquired by Epsilon) and also held marketing and management roles at Hill & Knowlton Public Relations and IBM. Mr. Godley’s significant business experience provides invaluable expertise as a Director of Rand. 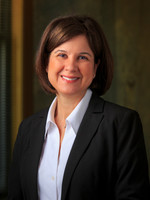 Ms. Jaroslawsky brings over 25 years’ experience as an aerospace engineering executive and finance expert. Currently, as Senior Vice President and General Manager for Eaton Mission Systems, she has financial and operational responsibility for six integrated product teams that supply critical control solutions for environmental and actuation systems, serving both US and foreign markets. She has also served as a divisional capability lead driving commercial strategy for a portfolio of actuation products primarily for defense markets. Previously, she served as Chief Financial Officer for Servotronics, Inc. She began her career as an auditor at PricewaterhouseCoopers. Ms. Jaroslawsky earned her B.S. in accounting at the State University of New York at Oswego and is a certified public accountant.

Stay informed about our latest news and SEC filings.